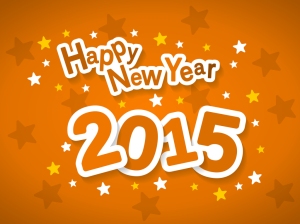 I know, I know, it’s already 12th January, it’s probably a bit late to be penning this post. It is probably a sign that this, my third blog, is ill-fated. Posts will frequently be late, if they come at all! However, this is one of my New Year’s Resolution, of which there are many! Let me explain…

As the 31st December approached people started asking if I was making any resolutions for the coming year and I answered ‘no’ each time. I wasn’t planning on making any, but then I realised that inadvertently there are a lot of things that I want to achieve this year. In fact, more this year than any other year that has gone before! As a teenager my resolution for every New Year was to keep my room tidy; it never happened, I still struggle with this. Around me friends and family would promise to be better at something, start something new or give something up. It seemed that no one ever stuck to their ill-fated resolutions, so why make them? So I haven’t. For years.

This year feels a little different though. You see, this is the year I turn 30. I know, I only look 22, right?? Well, I feel the need to make this year a good one. So what’s on my 30th year list?

Okay, so I didn’t come up with this hashtag and I know it has received a lot of backlash; people believe that it’s still not promoting a positive body image. I’m all for it though. No longer are we, as women, expected to conform to the unrealistic, unachievable and unhealthy size zero. The 2012 Olympics saw women like Jessica Ennis and Victoria Pendleton become the new body inspiration. It’s now sexy to be strong. So 2015 for me is all about getting strong.

I like writing. For many years I thought one day I’d be a novelist, maybe I still will. It’s on the bucket list; write a novel. I also like to draw. Now and again I’ll sit down and draw something and I’ll enjoy it, but it’ll be months before I do it again. Over Christmas my family and friends received ‘handmade-by-me’ gifts as I was too poor (okay, I’m saving to go to New York, so maybe not poor exactly) to buy presents. I hand illustrated mugs and made pictures. I LOVE BEING CREATIVE. I just don’t do it often enough. I might even learn to paint!

This fits nicely alongside number 2. Instead of spending my duvet days curled up watching Netflix or catching up on my soaps, I could spend them working on that novel or learning to paint. I’ve probably wasted many a day in 2014 being lazy, it’s not a habit I intend to take with me into 2015.

I went through a phase last year where I decided I needed to read all the classics. How could I get to be 29 and never have read 1984, Anna Karenina or Pride and Prejudice. Subsequently I ended up half way through a lot of books that I just wasn’t enjoying. Reading became a slog, a chore. 2015 is going to be more about reading books that I want to read, because I want to read them and not for any other reason.

Ultimately, I want to spend less time with my bum on the sofa and more time ‘doing stuff’. I’ll meet new people, make new friends, be fitter, stronger, maybe I’ll do that half marathon I’ve talked about, maybe I’ll have written my book by the time we’re all welcoming in 2016, maybe I’ll start selling sketches or illustrated mugs online. I’ll update you on my progress throughout the year. I’ll try stop by regularly and hopefully I’ll have something to report!

(PS. My flatmate Lizzie wants me to give a special mention to the courgette spaghetti she made with her new kitchen appliance—the spiralator)